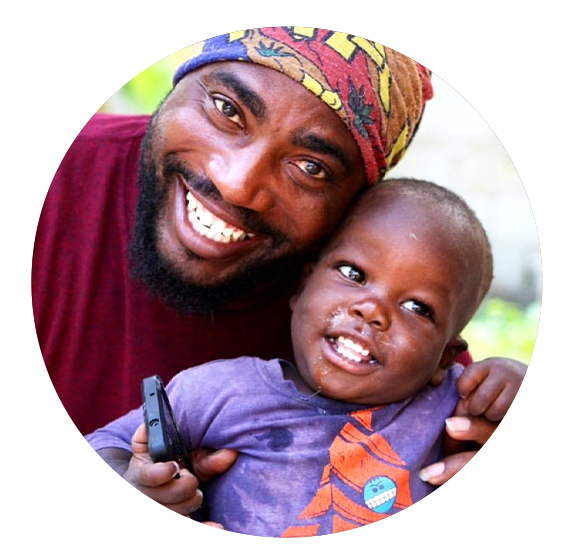 Born in 1978, Samuel Michel grew up in the village of La Gonâve Island, Haiti, called Mare Sucrin. Samuel had access to a primary school education because he was a sponsored child of Compassion International. As a young boy his dream and passion was to help his community. After primary school he moved to the city of Anse-A-Galets, where he continued with his secondary education.

Two years later he had an accident where he burned the right side of his head. The accident was devastating but he was happy to be alive. It gave him the determination he needed to become a leader. His dream of helping others was closer to being realized when he met Damour Nadal. Together they teamed up to create an organization called the Association Friends of Children (AAE) in 2002. Samuel and Damour began building a strong community of trust and awareness. Their motivation and positive attitudes gave them the inspiration they needed to help their own community, La Gonâve, known as the forgotten island.

Together they offered the most vulnerable children, whose futures were at risk, guidance and coaching. Samuel’s goal was to build a school to provide intellectual training, supervision and care for children. After much hard work he completed the first part of the construction for his school in 2014. In 2015, under Samuel’s leadership, the grand opening of the school, Complexe Scolaire Amis des Enfants (CSAE) took place in September and 53 students were enrolled.

Increasingly, Samuel realized that there was nothing more fantastic in this world than to give a hand to those who are in distress. He nurtured his dream of putting himself at the service of the weak in order to bring them joy and happiness. In 2015, he met Ada Neilson, Alana Kaye and Luke Blair (3 Australians), and the four of them created their vision for a non-profit with the mission of improving conditions for the most vulnerable children in La Gonâve.

Today, the school that Samuel started has 319 children enrolled. In addition to the academic training activities that Samuel has implemented in his community, he also cares for the health of the most vulnerable. More than 500 children receive regular health care, medical assistance and life changing surgeries. Furthermore, 21 full time jobs have been created by For You Haiti. In addition, a women’s entrepreneurship program is currently operating and other projects, activities and programs around the island are being studied and implemented.  In particular, permaculture activities have started in the Mare Sucrin and Palma fields under the leadership of Samuel Michel.  Through the tireless efforts and endless compassion of this public-spirited man, For You Haiti has been, and will continue to be, the heart of La Gonâve and its children. 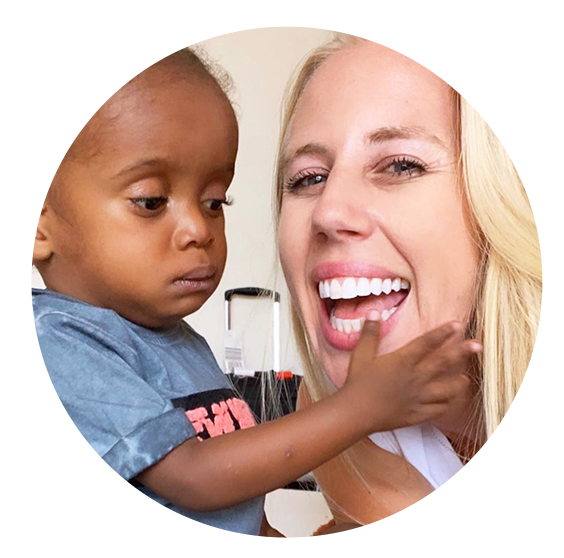 For You Haiti’s journey began in 2008 when their founder, Alana Kaye from Sydney, Australia, was traveling in India. She was on the swarming streets of Delhi, at the time when a young boy, no older than two years old, was stumbling along the road at midnight, walking between cars, exhausted and afraid. He was cold and was attempting to warm his tiny body on the exhaust fumes from taxis. Alana went to help…but then quickly came to the stark realization that this child’s horrific reality was the reality of millions of children across the globe. From that day forward, Alana studied and travelled with only one thought in her mind. She wanted to establish a project somewhere in the world where she could make a positive contribution and change the life of even just one child in desperate need.

Alana was working for a hotel in the Dominican Republic in January 2010 when a massive and devastating earthquake hit Haiti. Alana felt a huge connection to the island of Haiti, and during 2014 and 2015, Alana made her way there after traveling to Tanzania, Uganda and Honduras. During her visit, she took a boat from the mainland of Haiti to La Gonâve island, (known as the forgotten island), where she was to meet her sponsored child of many years with the non-profit, World Vision. Once on La Gonâve, she completely stopped in her tracks at the poverty that lay before her. Her trip had a profound impact on her and she planned to return the following month.

During 2015, Alana was blessed to team up with another Australian by the name of Ada Neilson who was also traveling to La Gonâve that year. Together they were determined to find a way to help the children of La Gonáve, Haiti, a region that had truly captured both of their hearts in a way that cannot be described in words. Ada and Alana agreed that they would work tirelessly to seek medical assistance, education and a better life for any child that came into their lives.

In late 2015, they each met with a phenomenal La Gonâvian by the name of Samuel Michel. Samuel had worked tirelessly for his community for many years as a volunteer. The relationship between the three of them was natural and easy and everything seemed to fall into place. They began helping one child in need at a time and went on to establish their non-profit, For You Haiti, on La Gonâve in 2016 with the help of Alana’s life-long friend, Luke Blair. Samuel is the President of For You Haiti and oversees all daily operations and projects. Ada is For You Haiti’s Vice-President and Director of our Medical Program and Luke is For You Haiti’s Creative Director.

With the help of many surgeons, health care workers and extremely generous donors along the way, For You Haiti has never had to turn away a single patient since they began. For You Haiti has provided over 600 life changing surgeries and serves over 2500 patients annually.

Alana, Ada, Luke and Samuel never imagined that their organization would change the lives of so many children in La Gonâve. They are beyond grateful everyday that God allowed their paths to cross and that he paved a way for For You Haiti and the families of La Gonâve!