For  You  Haiti’s  Story 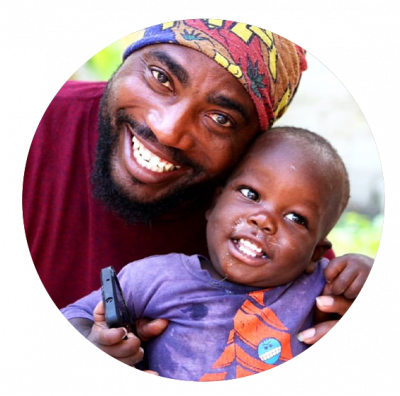 Born in 1978, Samuel Michel grew up in the village of La Gonâve Island, Haiti, called Mare Sucrin. Samuel had access to a primary school education because he was a sponsored child of Compassion International. As a young boy his dream and passion was to help his community. After primary school he moved to the city of Anse-A-Galets, where he continued with his secondary education.

Two years later he had an accident where he burned the right side of his head. The accident was devastating but he was happy to be alive. It gave him the determination he needed to become a leader. His dream of helping others was closer to being realized when he met Damour Nadal. Together they teamed up to create an organization called the Association Friends of Children (AAE) in 2002. Samuel and Damour began building a strong community of trust and awareness. Their motivation and positive attitudes gave them the inspiration they needed to help their own community, La Gonâve, known as the forgotten island.

Together they offered the most vulnerable children, whose futures were at risk, guidance and coaching. Samuel’s goal was to build a school to provide intellectual training, supervision and care for children. After much hard work he completed the first part of the construction for his school in 2014. In 2015, under Samuel’s leadership, the grand opening of the school, Complexe Scolaire Amis des Enfants (CSAE) took place in September and 53 students were enrolled. 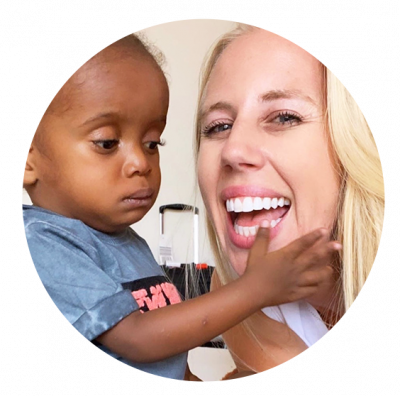 For You Haiti’s journey began in 2008 when their founder, Alana Kaye from Sydney, Australia, was traveling in India. She was on the swarming streets of Delhi, at the time when a young boy, no older than two years old, was stumbling along the road at midnight, walking between cars, exhausted and afraid. He was cold and was attempting to warm his tiny body on the exhaust fumes from taxis. Alana went to help…but then quickly came to the stark realization that this child’s horrific reality was the reality of millions of children across the globe. From that day forward, Alana studied and travelled with only one thought in her mind. She wanted to establish a project somewhere in the world where she could make a positive contribution and change the life of even just one child in desperate need.

Alana was working for a hotel in the Dominican Republic in January 2010 when a massive and devastating earthquake hit Haiti. Alana felt a huge connection to the island of Haiti, and during 2014 and 2015, Alana made her way there after traveling to Tanzania, Uganda and Honduras. During her visit, she took a boat from the mainland of Haiti to La Gonâve island, (known as the forgotten island), where she was to meet her sponsored child of many years with the non-profit, World Vision. Once on La Gonâve, she completely stopped in her tracks at the poverty that lay before her. Her trip had a profound impact on her and she planned to return the following month.

COPYRIGHT © 2023 FOR YOU HAITI. ALL RIGHTS RESERVED.